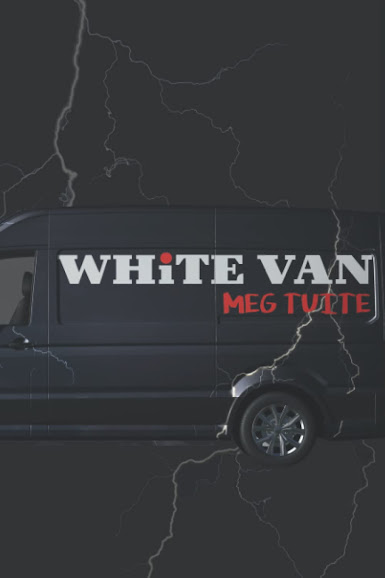 Monsters are an ancient memory, a symbol, a staple of genre. Works thus of horror tend to time the reveal of their monsters, be it a frightening fog or a franchise of mutated outer space lizards. Not so in White Van, where the monster are monsters, unnamed, unseen. While a typical horror offering might involve the eternally invisible, it is precisely the prosaic settings Tuite depicts that make the work so horrifying.

Reviews and blurbs of the work, however, emphasize Tuite’s craftsmanship, with quotations that tend to view the lines through a poetic lens. Certainly, Tuite overtly has skills; however, the hybrid nature of the writing as collected has blurbs which describe the work as poems, as prose, as mash-up. The text contains just shy of 50 titles in the contents. A visual inspection of the text reveals occasional use of shortened lines, the use of alternating bold and italics font, and an interesting consistency in stanza breaks: used for paragraphing, even prose-appearing sections will be broken at 20 or fewer lines with a double space break. While a typical hybrid work can sometimes be tipped in balance visually, the structure here is almost demure—it's the sequential nature of the narratives that build the arc of this work.

A sensibility is strongly present here, and a lazy interpretation might escalate the genre of the work from horror to obscenity. Here, the hybrid nature of the writing might be seen as a gesture to influence; contemporary readers might remember Acker, or ought to. White Van exists in ordinary settings, as ordinary as the vehicle named. Each episode has a victim, and violence survivors are warned that gruesome becomes ordinary here. The daily nature of each episode, “Dad roams for hitchhikers” (69), is belied by the overt and repetitive taboos “ A magazine article kidnaps me while on the toilet”(39) or “Oxycontin shaves on to tinfoil like a shot and a prayer”(47), so that each episode builds upon the flash narratives for the work’s overarching point of the infinite of intimate violence.

The volume itself is a recent release from Unlikely Books, the title nears the dozen mark for the author, and the list of where these episodes were previously published is a half a page; therefore, we can conclude that the title was released both as an individual offering and as a thread of consideration in the publisher’s catalog. Certainly, the book itself appears as ordinary trade as that of some of the monsters’ forms of employment in Tuite’s episodes. Perhaps that is the resonant horror here: how unspoken the violence is in consideration of the work, how ordinary the settings, how police blotters are full of these episodes. Our repulsion might be immediate from the text, but the serial nature, the sheer numbers represented here, are the too often unspoken horror of our times now, the keystone of all other violence being our deaf eyes to each victim. For readers untouched by the daily horror of personal violence, this text gives you enough gore and anguish to catch, at least, the scent of blood. 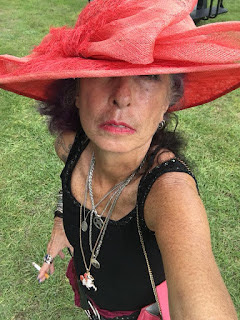 Su Zi is a writer, poet and essayist who produces a handmade chapbook series called Red Mare. She has been a contributor to GAS from back when it was called Gypsy Art Show, more than a decade ago.

Check out her author page on Amazon.

Your SUBSCRIPTION means a lot to us!