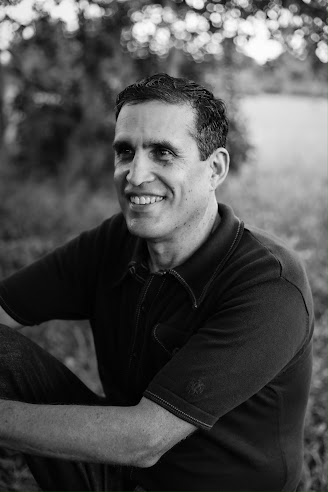 Rodrigo Toscano is a poet and essayist based in New Orleans. He is the author of ten books of poetry. His newest book is The Charm & The Dread (Fence Books, 2022). His Collapsible Poetics Theater was a National Poetry Series selection. He has appeared in over 20 anthologies, including Best American Poetry and Best American Experimental Poetry (BAX).  Toscano has received a New York State Fellowship in Poetry. He won the Edwin Markham 2019 prize for poetry.  rodrigotoscano.com  @Toscano200

The smell of pulp, turpentine, and bleach, usually permeates this side of town. But when winds from the southeast swoop into the valley, the toxic brew is fast cleared away, and what remains is the smell of wet grasses, mud, and wildflowers. This natural phenomenon mitigating human-made conditions has only a limited effect on the minds of the hard-working townsfolk whose every other thought dotes on the health and growth of the town’s young.

She not only had the gall to admit it to herself, but also had the presence of mind to look for an opening (any) to construct a whole new reality for herself, and for something else. The eerie attraction she felt for this outcropping of Pre-Cambrian rock spoke clearly and directly to her the first time she saw it in the middle of the field.

In the deep of winter, the paper mill’s indoor facility is cold and noisy. In that environment, she didn’t pay much attention to the roll press feeder guy dressed in the mustard-colored industrial pants and brown checkered long sleeve felt shirt. Also, the safety glasses and helmet occluded much.

One day, her workmate buddy approached her about the possibility of maybe coaching her “little cousin” on basic lacrosse techniques. She readily agreed, having been a great player in school herself, the same school her buddy’s “little cousin” was now attending, but also the Pre-Cambrian rock in the middle of the field, enabling her resolve.

Actually, she recognized him before he did her. She had caught his eye at the mill. She thought he was “cuddly,” but sufficiently “rough,” her exact taste in “little cousins,” which was just beginning to pick up speed. Decked out in a bright red, terry cloth, short sleeve disco shirt, and loose-fitting green parachute pants, the only part of him she could correlate to the Pre-Cambrian rock in the middle of the field and/or the guy at the press feeder on the third shift – the general mass and approximate density, was something else.  She could barely cloak the dilation of her cheeks’ surface arteries as she laughed easily at herself flaying the lacrosse stick every which way, tumbling to the ground, legs all over the place.

At the end of practice, she offered to give him a ride home. As fate would have it, hard rains had made the winding road where “little cousin” lived impassable. They had to turn onto “the estuary,” the oldest road in this part of central Missouri, a tree-lined road made of stone and railway planks.

The sound of the automobile’s front axle rod snapping in two reached her ears pretty much at the same time as something else crawled its way up into her nostrils. The last moment of sanity she remembers is the look of her own short brown hair flared out onto her face in the mirror, sticky and messy, the Pre-Cambrian rock in the middle of the field there also. As a whole new reality set in, a gust of wind made the maples around them rustle.