Send 5 of your best poems/flash fiction pieces and bio note up to 75 words in the body of an email but send jpeg photo (head shot) as attachment to gasmediasubmissions2@gmail.com. If you don't hear back within 5 days, it's a pass. Wait at least 2 months before trying again. 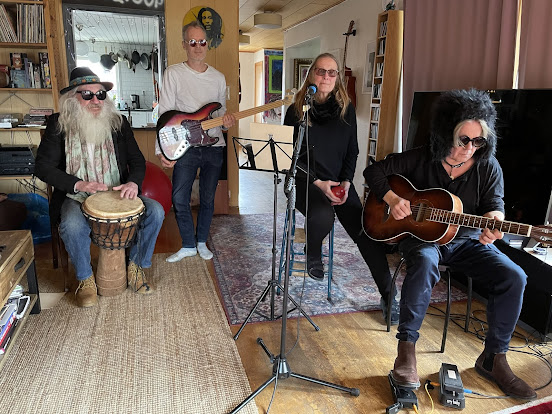 The Creation from Words and Music:

The idea was to create music around Bengt's poetry that would end up almost mystically bringing together elements of classic rock and alternative music. The Beat Poet Societies' debut release is as comforting and familiar, as it is fresh and alive, building a unique bridge for both seasoned and younger generations alike! A veritable musical unicorn, if you will.

Right from it's genesis, the elements were brought together in place, and set in motion an environment, and voice, that would go on to create pure magicK. Anna-Bella has had a good career as a singer/ vocalist/ songwriter and met Bengt at one of his readings one day several years ago, whereupon they developed a friendship. Such is the beautiful world of the arts. Anna-Bella would later introduce Bengt to their soon to be guitarist, Mats Wennberg, while Bengt had known the coming keyboardist, Olof Andersson, for several years, as he was the piano teacher for his children.

A Symphony of Alchemy:

As soon as the Beat Poet Society sits down to write, groove, or improvise songs, a sense of spiritual synchronicity fills the air. The guitar weaves a tapestry of melodic nuances, with  true classic tones that would make a youthful Keith Richards proud. A guitarist's guitar sound, etched from the fabric of the late Sixties and early Seventies when rock and roll, had a fearlessness, mission, and purpose.

The spontaneous jam comes to life, as the keyboards find their way alongside the melody, complimenting and counter pointing the guitar in all the right places. With a semblance of musical narrative and craft, Anna-Bella finds, and flows with a vocal foothold, committing instinctually, the most amazing phrasing of musical interpretation I've heard in a long while! Her voice ranges from wise storyteller to strong political activist, with all of the colorful melancholy siren's bliss.

The Beat Poet Society is located in Sweden, south of Stockholm. They practice in a beautiful, warm studio, that would be any artist's dream. The cozy feel of the studio is reminiscent of a ski lodge in the alps, rather than what seems to be a working environment, it provides a safe haven of escapism and creativity.

The recent release is made up of five tracks. Each of the songs stand out in their own way, and on their own merit. There's Wildflowers, Serious Sisters, Fear, Salt and Sulfur, and the song that really got me hooked, There's a Song. All of the songs are masterfully recorded, wonderfully orchestrated, and perfectly performed.

A complete album from the Beat Poet Society will drop this summer, while I must anxiously bide my time through the coming months until its arrival. The Beat Poet Society is on Spotify, where I have personally been listening to non-stop. These songs speak to me in a way that music hasn't touched me in years. Track after track, candy for your ears, and depth that nourishes your soul. Perhaps through YouTube, or another social media, The Beat Poet Society will be able to touch greater areas of the world. Collaborative artistic videos made from like minds, gathering together in purpose to reach out, and spread the world of art and music! All and All it could be a real… GAS:

You can hear The Beat Poet Society on YouTube.

Find them on Spotify too! 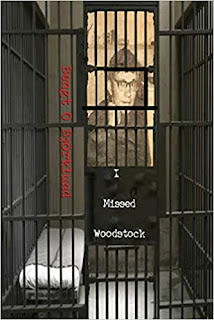