A review of John Burroughs’ RATTLE AND NUMB by Heidi Blakeslee 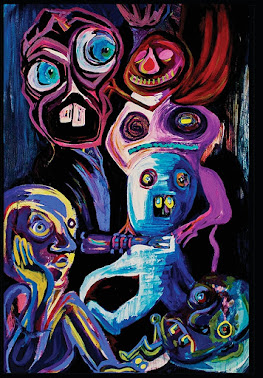 Rattle & Numb is one of those poetry books that you can’t read straight through.  I mean, it’s possible, but I couldn’t.  Lines and rhymes and doubletalk and triple meaning got my brain working like a Rubik’s cube.  This guy is the writer equivalent of Michael Jordan in the ‘90s.  But somehow more nimble.  He’s the Kristi Yamaguchi of the ‘90s.  For sure.  Triple axel is definitely an applicable term to use for some of these stanzas.

If you would, please partake of a sample from “Identity Crisis” on page 19:

“I don’t want to live in vain

Not just a Derringer

I want to give Peace a chance

But be able to accept that War

Is her partner in the cosmic dance

Accept that both are lies

That nothing in this universe is left to chance”

Now you know what I’m talking about.  I’m thinking about one meaning, then another, and they open and stretch my mind a bit.  After reading some of these heavy-hitting phonetic logjammers, I like to take a break.  I let the language challenge me and tickle my brain.

I also couldn’t help but think of the radical feminist theologian Mary Daly, (1928-2010,) and her “Gyn/Ecology: The Metaethics of Radical Feminism” (1978).  She was a thinker who actually made an entire universe of words with double meanings, more effective meanings, and a middle finger up to the patriarchy.  Check out her “Webster’s First New Intergalactic Wickedary of the English Language” if you’re curious.

In any case, “Rattle & Numb” is also filled with the manic exuberance of pure genius.  You can tell that some of the poems were lightning bolts that wrote themselves, while others had to have taken many hours to perfect.  He is not shy about his sexuality or challenges he has faced.  Deaths, loves unrequited and very-quited. (See what I did there?)  Trippy, philosophical binges of fancy and self-flagellation appear frequently.  The book is complex.  It’s worth a close reading if you’d like a fascinating foray into the mind of a modern day beat poet.  This one will stick with me.

Rattle and Numb is available through bookshop.org

Listen to an interview with John on GAS. 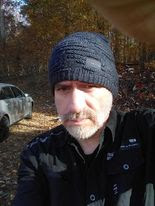 John B. Burroughs serves as the Ohio Beat Poet Laureate (2019-21) and his most recent book is Rattle & Numb: Selected and New Poems, 1992-2019 [2019, Venetian Spider Press]. Burroughs moderates the Cleveland Poetics blog and online Northeast Ohio Literary Calendar at clevelandpoetry.com. Since 2008, he has served as the founding editor of Crisis Chronicles Press.
- March 05, 2021

Your SUBSCRIPTION means a lot to us!