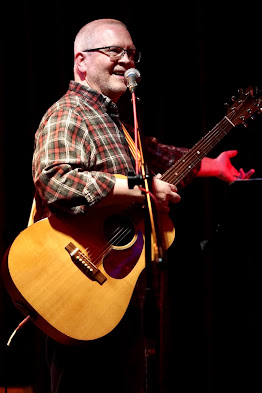 Larry O. Dean was born and raised in Flint, Michigan. His numerous books include Frequently Asked Questions (forthcoming), Muse, Um (2022), Activities of Daily Living (2017), Brief Nudity (2013), Basic Cable Couplets (2012), abbrev (2011), About the Author (2011), and I Am Spam (2004). He is also an acclaimed singer-songwriter whose latest solo album is Good Grief (2015); Product Placement, the sophomore album from his band, The Injured Parties, was released August 2019. For more info, go to larryodean.com.

Muse, Um's Artistic Inspirations Muse, Um's poems were inspired by various visits to the Art Institute of Chicago in preparation for one of the Poetry Foundation's Pop Up Poetry events, a series of 30-minute lunchtime poetry readings marking the reopening of the museum's new Contemporary Collection.

As defined by the Foundation, “An ekphrastic poem is a vivid description of a scene or, more commonly, a work of art. Through the imaginative act of narrating and reflecting on the 'action' of a painting or sculpture, the poet may amplify and expand its meaning.”

For this endeavor, Dean was given very little in the way of specific instructions; generally, he decided that the poems would be 'ekphrastic' in that they were written in response to the artworks, but he also strove to come up with poems that were different in design, voice, tone, form, etc.; thus, among others you have examples of abecedarian, found, list, oulipo, persona, and sonnet, though in the end he was limited by time to only four for presentation.

Sampling of poems from Muse, Um

As soon as Jasper affixed his final

everything. Get over here.” Taking the

F train, he was relieved to

get away for a while, clear his

indeterminate melodies on his lap,

jumping grasshopper-like as he transposed

keys and reworked ideas. “My intention is to

let things be themselves,” he reflected,

Outside on the platform, afternoon

passengers jostled one another,

quickly filling the train while Cage

uppermost in his mind. So many

wanted to try something new: have his hands

x-rayed while they played, metacarpals and phalanges

yo-yoing in diaphanous black and white,

zebras shivering in a violent burst of snow.

A body supposes a question mark,

eyed from the side, somewhat de-sexed,

despite its state of undress,

underwear, necklace, and hair, all dark

against a muted gray background,

dark and darker. Her skin's the whitest

element amidst the murk, the brightest

palette here to be found,

arms confined by a cruel

partner in a consensual game,

or attired in lingerie, a diving dame

Will her cohort lend a hand, at the lip,

or shove her back, watch her tip

sink to the bottom and brood,

holding her breath as long

as possible? It's the same old song

and dance—the pursuer and the pursued,

on submission and release—

and who assumes which role a caprice

of circumstance or repressed guilt.

Center of the room

the phenomenon of seeing

and a heater into hair, a nose,

eyes, and a slitted mouth.

We stare back at ourselves

as the scene unfolds

from a fetish doll atop

in a corner of the attic.

Is this abstinence agitprop

filtered through The X-Files?

down to his underwear toys

with the television's knob,

his back to a Black girl

whose panties are either

coming off or being slipped

back on. Between them,

a bed with tousled sheets

teases to the right,

on a bookcase in the back. 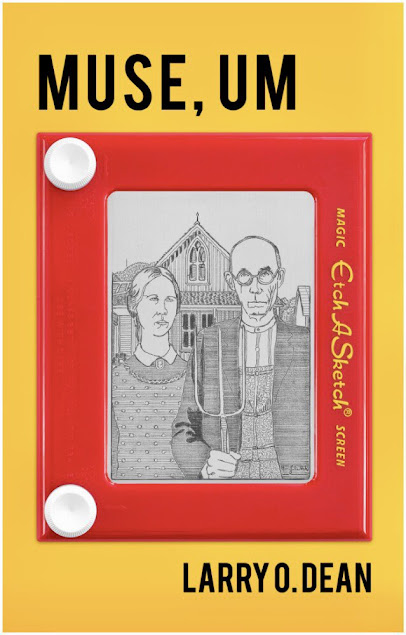