Send 5 of your best UNPUBLISHED (some exceptions with special features) poems/flash fiction pieces and bio note of aprox. 75 words in the body of an email but send jpeg photo (head shot) as attachment to gypsysubmissions@yahoo.com If you don't hear back within 10 days, it's a pass. Wait at least 2 months before trying again. 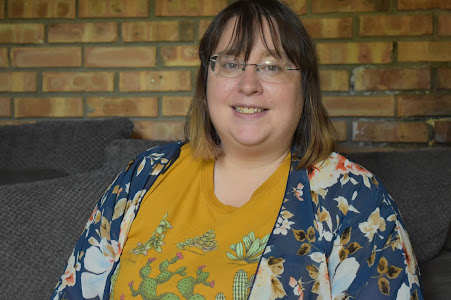 Ari Whipple (pronoun they) is a 36 year old writer from Muskegon, Michigan that has traveled all over the country from Grand Canyon to Death Valley to Seattle and back. Mostly, they spend their time watching the waves and writing poetry. They have a book of poetry out, Full of Now, and a novel, David Lynch is After Me.

So I resigned myself because I had nothing better to do

and I trudged around a

store with a bunch of midwestern

and all some such other nonsense

and I felt a little better

and we drove down

through the heights and

I listened to my mom talk about

family members that were dead and

old habits and traditions of time long gone and

I felt even better

And then by the time I remembered my bad mood

We were at the lake and

We started seeing deer coming out in

groups of four and six getting ready to mate, apparently, shy

of cars and looking shiny from summer

What a day, I thought, what a day

“The confessional vulnerability in Ari Whipple’s first full-length collection of poems, Full of Now, leads readers on a journey of self-realization in a mindscape where reality may not always be what it seems. Full of Now weaves a powerful narrative from the perspective of an individual accepting their bipolar disorder. The poems ebb and flow between states of mania and depressive lows, reflecting the shifting nature of self-acceptance, diagnosis, and treatment often associated with the condition. The persona, through poetic storytelling, paints mental health battles metaphorically as manifestations of enraged ghosts, cacophonies of jangling bones, and nostalgic tales of a “world beyond” told by Mercury. Whipple’s collection acts as a painter’s dynamic canvas as the persona discovers their role in reality, reveling in being alive despite “the demand to keep moving these tiny souls inside us.” – Donny Winter, author of Carbon Footprint

“Donny Winter and I do a podcast together every week called Restitching the Tapestry that aims to educate, inform, and heal the social and political bonds created in our society. We talk about everything from creativity and expressions of that to social justice issues in their various forms to current events. We have all of season two plotted out. And we're beginning to plot out the beginning of season three here in a bit. I have a lot of fun bantering with Donny. I wouldn't do it for sixty episodes if we didn't enjoy ourselves.”